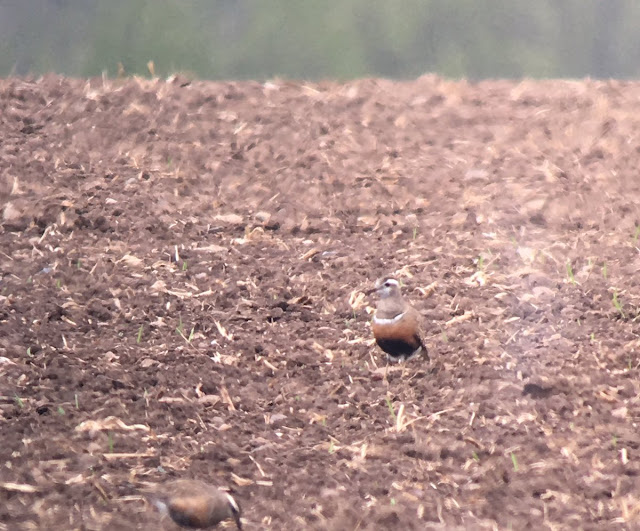 This morning at Flamborough I was working my way along Old Fall Hedge when a message came out that June and Malcolm had found a pair of Dotterel near Highcliffe Manor in a drilled field. I worked out whether it would be quicker to run round or too drive to South Landing - the latter and I pegged it back to the car. Various folks were assembling but I was first on the scene only for June to say they'd just spooked across the field out of view. Dotterel is a bird I need for Yorkshire so I was very keen to catch up with them. I outpaced the other birders to the corner only to see them dive over the cliff thanks to an erstwhile jogger and his dog. Curses were heard from those arriving a moment too late whilst I was delighted to see them it was very fleeting. 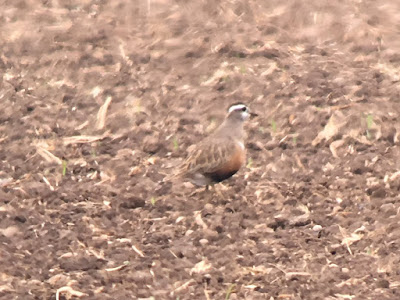 Thankfully the birds, a male and female did the decent thing and relocated back in the field allowing very good views. They were flighty throughout and a Skylark put them up. Sadly after 10 minutes or so the Coastguard Helicopter flushed them to the horizon and they disappeared to the North-west. I managed a few brief record shots and a bit of breathy video. These were number 318 for Yorkshire and 200 for Flamborough.