Today was a Good Today

In the words of Ice Cube, today was a good day. It started with a glorious dawn over Druridge Bay and ended with the sepia tones of a Castle Howard sunset. In between were a plethora of good birds. Some finds, a trio of small twitches and a reanimation of my trusty Canon SX50 which after 6 months of being in stasis in now fully operational.

The morning started on a small hill monitoring geese as they left their overnight roosts to forage in the fields. Amongst the calls of Pink-footed Geese in the dark was a more strident unk-unk. A Tundra Bean Goose (I only know the subspecies as it was hanging out with Greylags later). As the sun came up over the North Sea I saw over 500 Pink-feet milling about on the roost I was watching but this sight was soon usurped by owls. 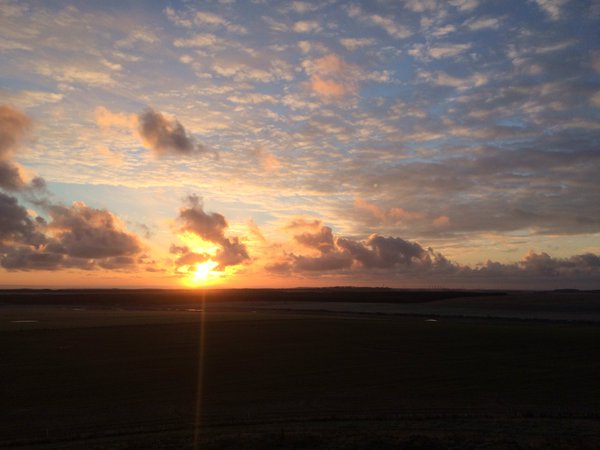 Pete and me run a little 'on survey' competition to keep us focused during those quieter bits of fieldwork and I hadn't seen any owls yet this year. This changed when a white ghostly shape quartered over wet grassland - Barn Owl. Delighted I started scanning an area of restock with young Sitka Spruce coming through. A further three Barn Owls were quartering over this and a Long-eared Owl. This was outstanding! The LEO soon evaporated as the light came up but two Short-eared Owls were patrolling over the long grass. An hour or so after dawn and all the owl activity had tailed off when a Marsh Harrier came barrelling through site and promptly flushed a fifth Barn Owl. Today was a good day.

After work I managed a driveby of the Widdrington Waxwing which was happily tucking into haws on its lonesome. I didnt spend too much time with it as I wanted to see the Warkworth redpolls. I arrived at the golf course just intime to see the redpoll flock fly off south to an alder they favoured. Two birders scurried off but a tog who had been there all morning suggested that I wait for them to come back as they give excellent views when there arent too many birders. I stayed put watching the Curlew in the stubble field adjacent to the game cover crop the redpolls had favoured. Soon a trio touched down on the hedge opposite. A Mealy Redpoll and two Lesser Redpoll. These went into the cover crop and were soon joined by a dozen or so other redpoll. After 20 minutes or so they flock flew out and alighted on the hedge and the first bird I got onto was monochrome with a giant, unstreaked white rump. The Arctic Redpoll preened in the open for a couple of minutes before fluffy up into the characteristic snowball posture. There was no mistaking this bird for the Mealies that were also present. Sadly the light and the fact that my camera had just gone flat meant for just a couple of dodgy phone grabs through the scope. 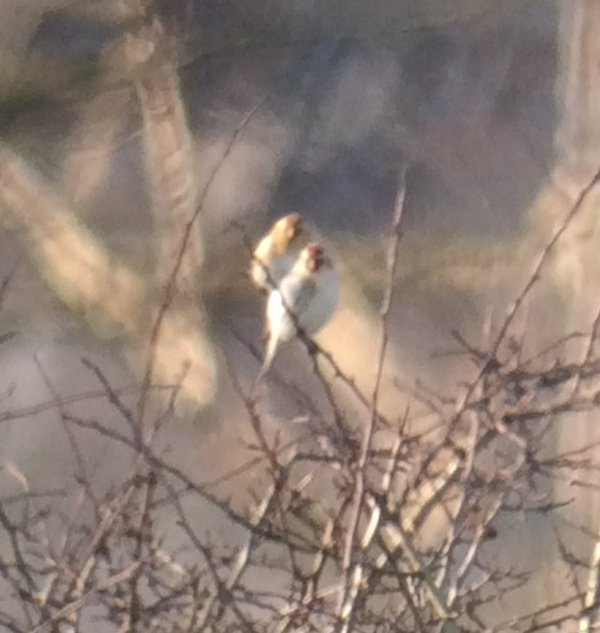 I tried briefly for the Greenland White-fronts at Woodhorn Flash but couldnt pick any out so headed home to East Yorkshire. Whilst having a coffee break on Teesside I noticed that an American Wigeon had been found at Castle Howard which was en route. Naturally I dropped in and after a bit of scanning it was in the scope. A lovely drake and attached was a paramore. I never did see the female it was paired with raise its wings but nothing suggested it was anything but a Eurasian Wigeon. As well as the Yank there were at least 25 Mandarins in what is obviously another site for this species. I have always found them tricky in the dales and at Hilla Green. They certainly werent present at the site when I started birding near there 12 years ago. Another surprise was a Marsh Tit calling away and giving superb views. 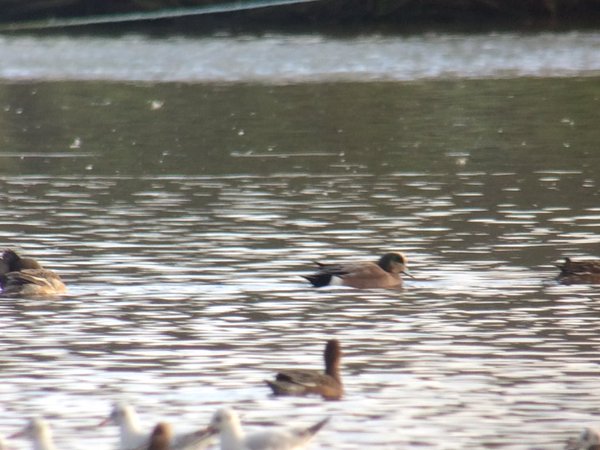 I had the pleasure of enjoying this super bird with Jonathan Pomroy who produced some excellent sketches of it. Check out his website and the sketches of the American Wigeon (which are in his twitter feed).

Finally as an aside I am part of the new Patchwork Challenge Podcast and episode one has just come out. Check it out: