I came home from work yesterday after surveying in D&G. Ma famille are in Spain so I went for a seawatch. It was bonkers. I watched from Ulrome and the whole of Bridlington Bay was full of terns and gulls. A Manx Shearwater early on was not a portent of a big movement. Instead it was the commic terns and Sandwich Terns which were the stars. My first Barmston Arctic Tern was followed by loads more... A juv Black Tern was amongst the Sarnies with its headphones on. The first of three Arctic Skuas was nailing terns out in the bay and the second, a dark morph, flushed plenty of gulls including three Little Gulls. After this Little Gulls seemed to enter the bay in huge numbers. Several hundred were noted in all directions and distances. One even managed to evade the third Arctic Skua by doing tight circles and rising higher. The skua gave up, mobbed a Kittiwake which eventually disgourged its fish only for another skua to snatch this. The Arctic got on its bike and chased the second skua which was a light morph obviously, 4/5 the size of the Arctic and with a single long tail streamer. Long-tailed Skua! Brilliant. Late on an obviously brutish juvenile gull with a white rump and a masked head went past. My first Barmston Yellow-legged Gull. Sadly the camera was charging so I havent got any shots. The YL Gull, LT Skua and the Arctic Tern were all full patch ticks.


This morning at Ulrome was also pretty productive. The bay still had some terns and Little Gulls as well as plenty of larger gulls. Not a lot was passing though and so I started looking at the bushes. A Yellow Wagtail  was expected year tick and a number of juvs flew over. A small bird was calling from a sycamore - naked eye views suggested a warbler and the sound recalled a swallow or pied wagtail. I got the bins up and it had disappeared. It called a few more times but never showed and the incumbents of the caravan and tent started giving me grief so I gave it up. Potential Greenish Warbler binned. Aside from a few more wagtails there wasnt much more until I got to Barmston drain. Here an adult looking Cuckoo sat in vegetation before flying north. I managed to rattle off some shots and got one that showed mealiness on the upperwing showing that the bird was a juv. 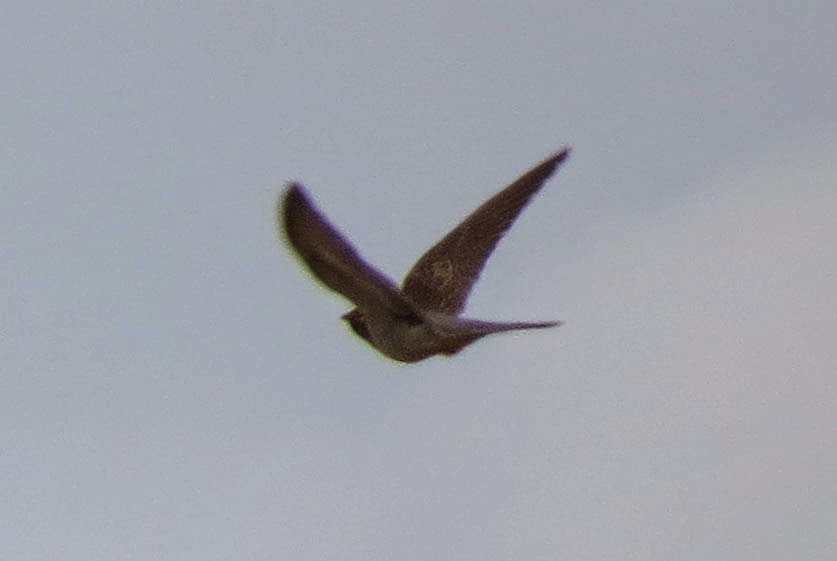 As I walked along the drain a Greenshank flew over calling. My second record for the site after one migrating north in 2013 along the beach. Some kids playing in the woods at Barmston ensured there were no migrants resting up there as they had stick fights but the sight of 6 Buzzards circling overhead indicated that it was a successful breeding season here. The rape had been harvested around Barmston and birds were busy feeding in the margins of the field. Amongst the Tree Sparrows, Mistle Thrushes and Blackbirds a smaller bird worked through the ivy adjacent to the methodist church - a Lesser Whitethroat. Yet another patch tick! Rain was starting to threaten so I pegged it back to Ulrome but not before I picked out a juv/1st winter Yellow-legged Gull amongst the large gulls. It is seemingly the same bird that was at Flamborough over the last few days. Now if I could get one of their Caspians it would be good... This slightly crackers run of 9 patch year ticks including 5 patch ticks takes me on to 109 species and 133 points for Patchwork Challenge. Last year I finished on 121 species and 155 points and by the end of August I was on 111 species and 136 points at the end of August so still a chance. It is the first time this year I have been within touching distance of last years score and the low effort level from the autumn means I am in with a chance of beating the 100%. 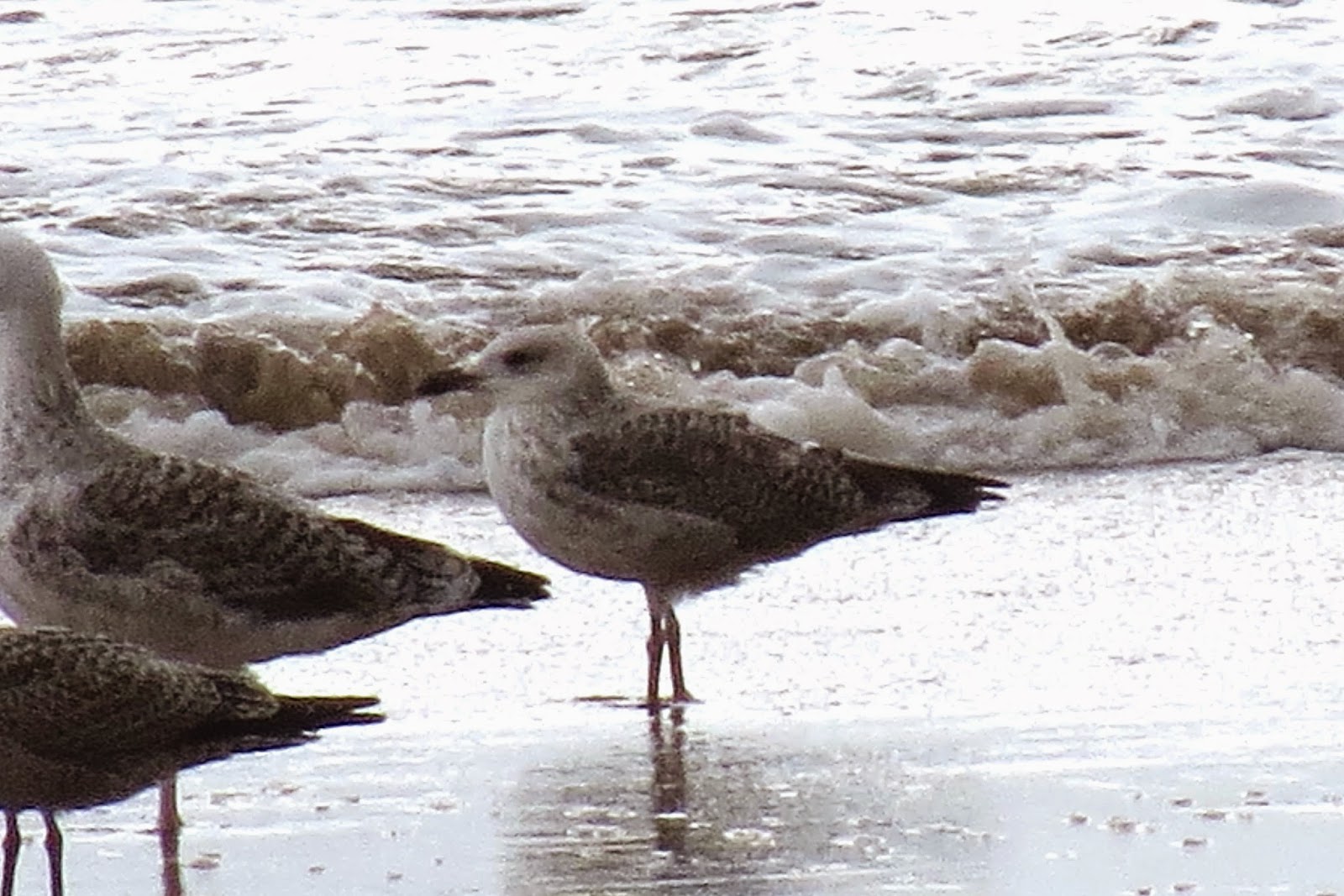