So today I decided to sleep in, do nowt and then play away from home with a trip to Flamborough. Old fall flash revealed nowt so I went for a seawatch between 1520 and 1930. Aside from a sore back and cold arse I managed a few decent birds. First up was a dark morph adult Pomarine Skua giving a juvenile Great Black-backed Gull hell. Aside from that very little was doing other than triples of Arctic Skua and Manx Shearwater. Craig Thomas then found a Caspian Gull on the sea in front of us. A very sexy juvenile and a much overdue Yorkshire Tick... 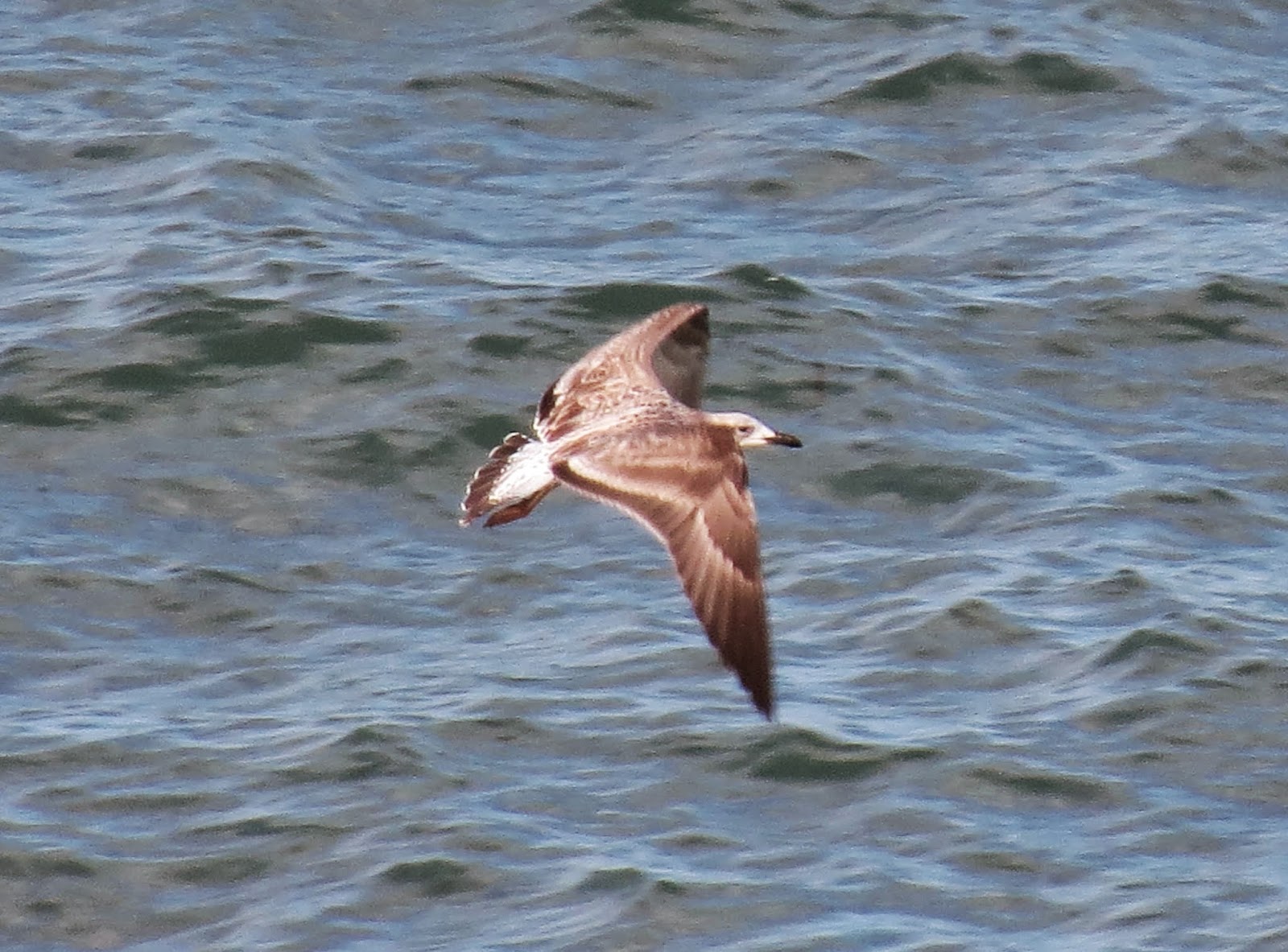 Then Brett came along and 2 different Cory's Shearwaters went north. It is almost five years to the day since my last Yorkshire Cory's in the same place. Below is perhaps the worst picture of a large shearwater ever... In my defence it was about 2 miles out. 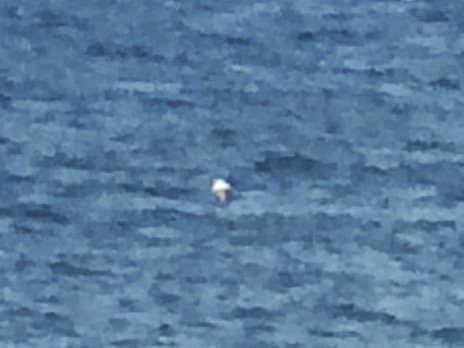 Both birds tracked north slowly and were on show for 15 minutes each although the second bird kept putting down on the water. All said a successful day!