Had a chance to see the bird that we named our little girl after today. Just over 2 years ago I was flicking through my Collins trying to bone up a bit on features whilst quite,quite drunk and I had an epiphany whilst looking a sandy small passerine - we'd call my daughter Isabelle. Not after the more glamourous shrike but after Isabelline Wheatear.


I had the chance to go for the Filey bird in 2006 but it was quite late in the day when news broke and I was still pretty much a newbie so I passed. Yesterday news broke when I was in the soft play centre with my daughter that one had been found at Spurn and I couldnt get away thus fearing another missed opportunity. I hatched a plan to head down this morning with trepidation as they are a species notorious for doing a bunk after a single day. Fortunately it stayed and I got pretty awesome views as it flew round the crowd early this morning. Very sandy without the bluetones of a northern, it had an indistinct super which was almost entirely infront of the eye. When the bird was feeding on the sand of the humber it was evident it had a black alula as well and the 'jizz' was a bit different from its commoner congener but not as distinctive as has been suggested. My thoughts are that it seemed easier to pick on plumage than behaviour. 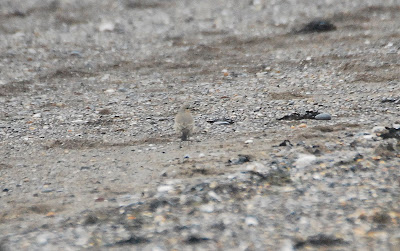 Although I was only there an hour I also saw a Hooded Crow flying across the mudflats north (a Yorkshire tick for a friend that took him to 300 - what a tart) and a flock of c25 Crossbills heading south. It looked immense and if I didnt have commitments Id have stayed all day. I overheard an owl had come in and 2 Snobs flew past the obs and thrushes were piling out of the sky. I would be very much surprised if something else good isnt turned up by the end of the day. The wheatear was a world tick and a pretty cool bird. Im glad we named our daughter after it. 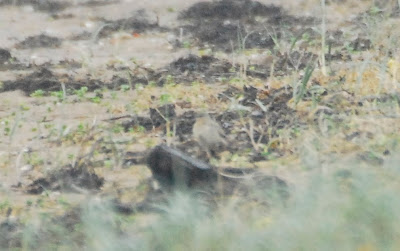 I don't wanna tell you the story of where the word Isabelline comes from...

We named her after the person with slanky pants and not the pants themselves (Isabelline would be a dumb name) ;-)