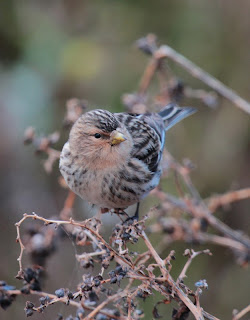 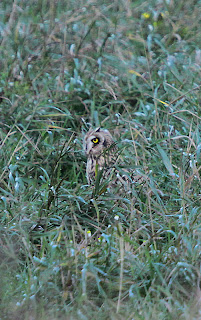 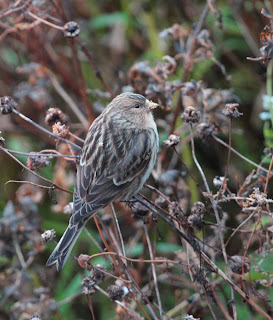 Last Sunday a few of us descended upon Barmston in order to catch up with Little Auk. We failed. First thing was a Common Buzzard following the car on the way up there. This was possible as Rob was driving. My car is offline due to  an idiot crashing into me.
Upon arriving we had a flock of at least 30 Twite bobbing about the car park and cliffs. Pretty showy eh? Photos are thanks to Paul 'Doc' Reed. A brief seawatch produced a mega distant Bonxie, Red-throated Diver plus Wigeon, Common Scoter & Teal.
We decided on a quick amble which was pretty good. Another 12 Twite, a Short-eared Owl on the saltmarsh and best of all a Rough-legged Buzzard. This was quickly shoo-ed off by the local corvids unfortunatly but not before we all got views. A Snow Bunting shot overhead. By now it was midday and I had to visit the fuzz. The other went on to Hornsea Mere and Tophill Low but thats a whole other story.
Posted by James at 17:30