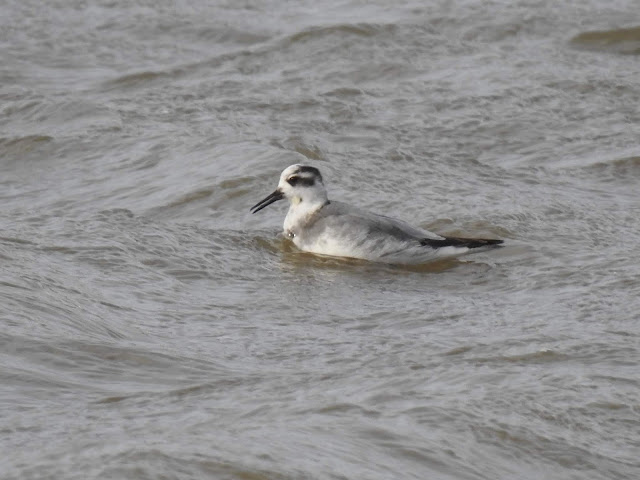 I called in at Thornwick Pools this afternoon to see the unseasonal Grey Phalarope which has spent the last couple of days in residence. This is an unusual time of year for Grey Phalaropes with six records thus far in 2020 and none in January 2019. This species should be wintering on cold water upwellings off the west coast of South Africa or in the Gulf of Mexico. It is my first winter Grey Phalarope and a new species for Flamborough Head for me (#216). After watching it thirty minutes it flew to the back of the pool and preened out of the wind. I met the finder, Dave Simmonite, who has recently relocated to the headland and congratulated him on a good start to the year. I also found out the two Mute Swans which were on Hood's Flash last week were now on North Marsh. Mute Swan is less than annual at Flamborough and a species I hadn't caught up with until now. A quick dash up to Lighthouse Road saw me scoping the snowy giants loafing on the scrape for Flamborough tick #217. I managed to get a few photos and some short video of the phalarope as it bobbed on the small pool. 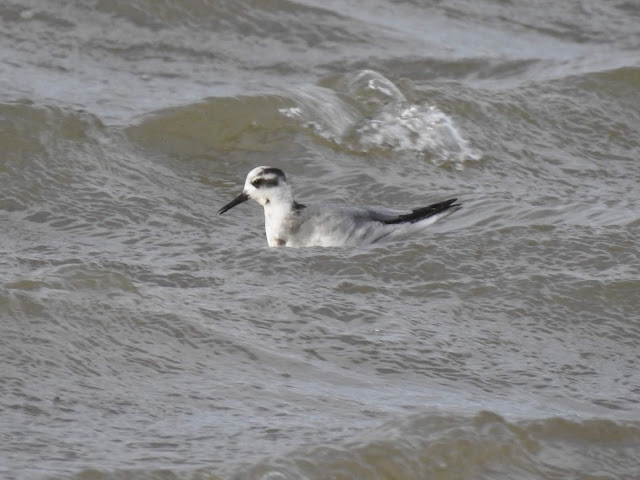 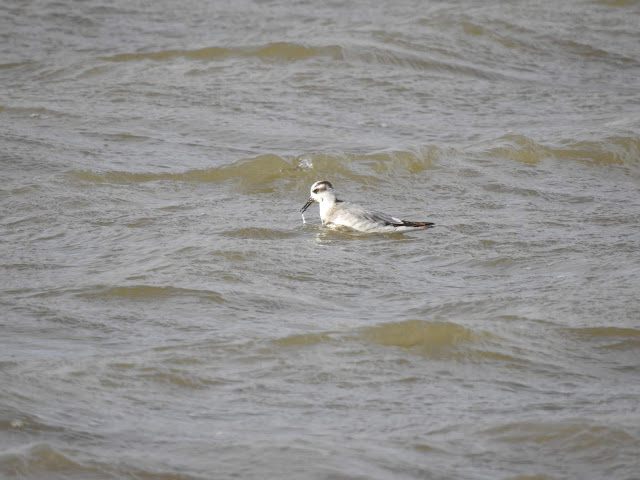 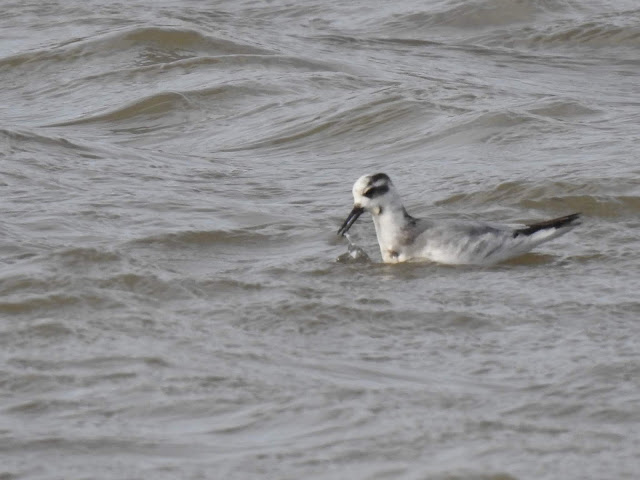 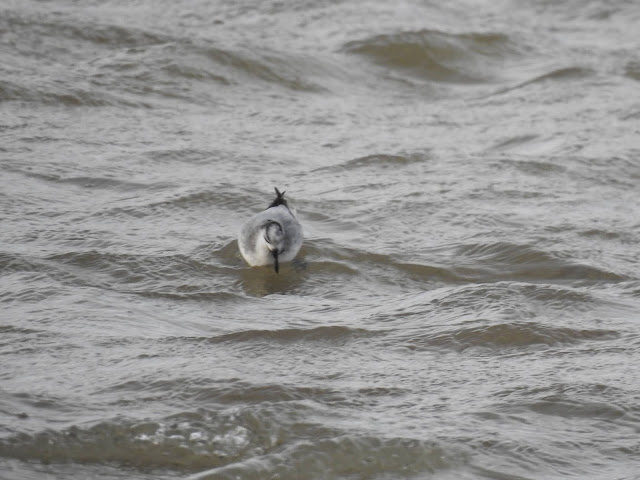 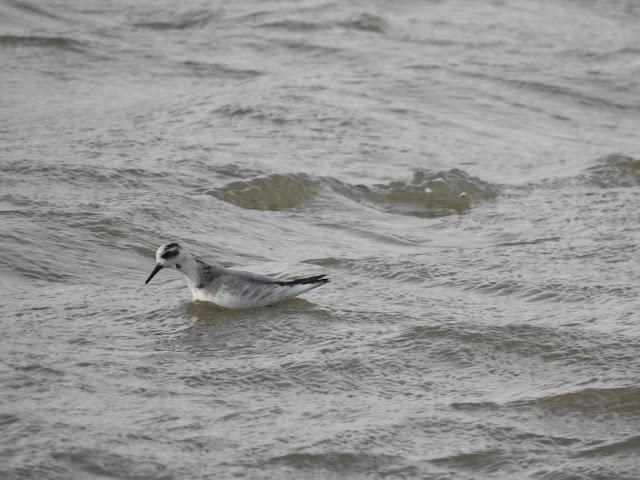 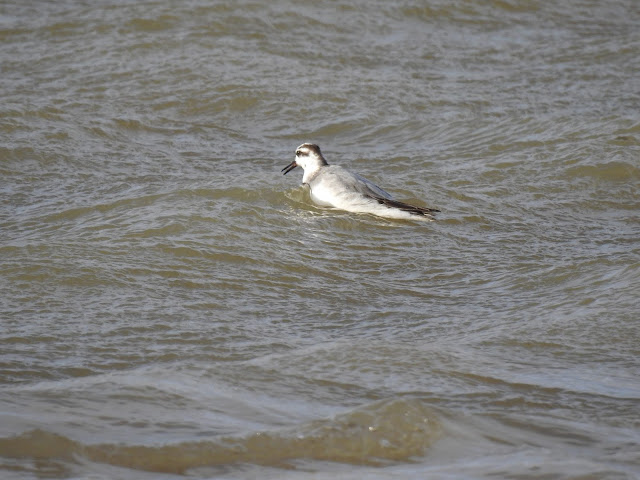