Aside from the vireo I have had some excellent luck whilst working and birding. Continuing project work in Somerset had me in Bridgwater Bay for a few days at the beginning of the month. Rocking up in frankly disgusting weather Pete and I had a few hours on the Steart WWT watching waders with some nice diversity. The first visit revealed Spoonbill, Ruff, Greenshank and a Wood Sandpiper which dropped in late on during Monday evening. We couldn't winkle out the American Golden Plover from the back of the Marsh due to terrible viewing conditions. A couple Spotted Redshanks were pretty vocal as they dodged about. 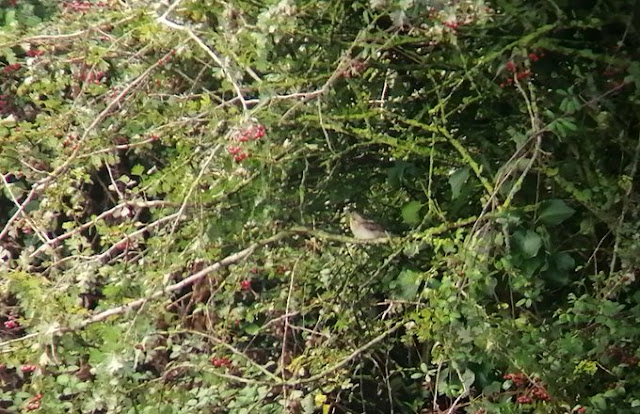 Returning on Tuesday morning proved a double edged sword. At the back of the marsh was a lonely looking juvenile American Golden Plover which decided to avoid its cogeners for kicking about with Redshank and a couple of Curlew Sandpipers. Most of the previous days crowd were about although the Spoonbill was a billion miles away. A slight Tringa with yellow legs, monochrome ground colour and a thin, dark bill ticked all the boxes for Lesser Yellowlegs and when we thought we saw the correct tail pattern I jumped the gun and put the news out. The sun duly came out and it suddenly looked more robust, browner, with a pale bill base and orange legs. Eight minutes from misidentification to embarrassing climbdown. I felt shitty as I withdrew the report but folks were pretty decent about it. Thankfully it only took another twenty minutes for a degree of redemption as Pete and I marched along the dunes between Catsford and Wall Common only for a small thrushy thing with a barred tail to lift up from under Pete's feet. As I went for my bins and sturggled to process, Pete shouted 'Wryneck' and it duly gave superb views in a dell. Obviously I left my camera in the car so all I came away with were some phone-binned garbage but you can kinda see what it is. Ish. A handful of locals saw it subsequently and we saw it on our return through the dell but not half as well as initially and we left it. This was a find tick for both Pete and I which is always a good day. As we wandered back a Common Tern crossed Wall Common, a decent bird for the area and my 3rd tern species in Bridgwater Bay. 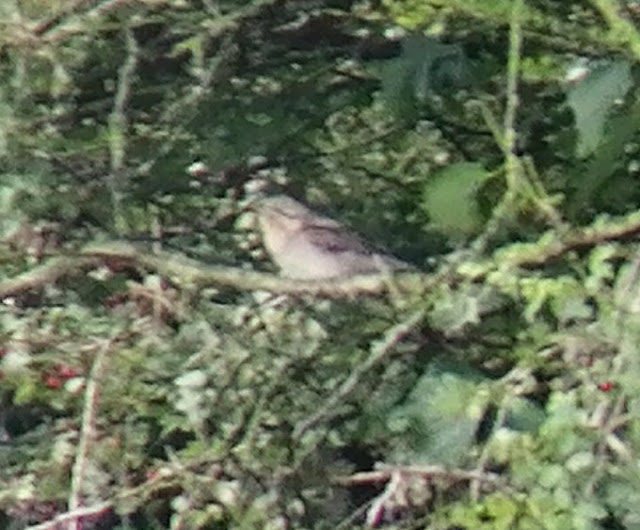 We also wandered along the banks of the River Parrett at low tide and I picked up a marsh tern doing the floppy diving thing they do. Bins only views were a little inconclusive given the distance but eventually we were happy with a 1st-winter Black Tern which was also seen by a few others. It rested on the mud with Black-headed Gulls and continued the next day. No sooner had Pete gone back to Newcastle than Paul took his place. A quiet but cool day was followed by a quick bit of snaking with no less than four Grass Snakes under a piece of tin including two neonates. We also checked the same bit of tin the following day and two new neonates were present (the first two were in shed so easy to ascertain the difference). Six snakes from one tin in two flips is pretty good for Britain in October I'd say!

We followed up this expedition with a trip for the Greylake Spotted Crake. A hideful of noisy folk meant it didn't show on our first attempt but a male Marsh Harrier, three Great White Egrets and a Cattle Egret were decent consolation. We returned the next day to see the crake swim across the channel in poor light. We also saw a Water Rail (we assume - another crake/rail seen badly in flight) cross the same area shortly after. 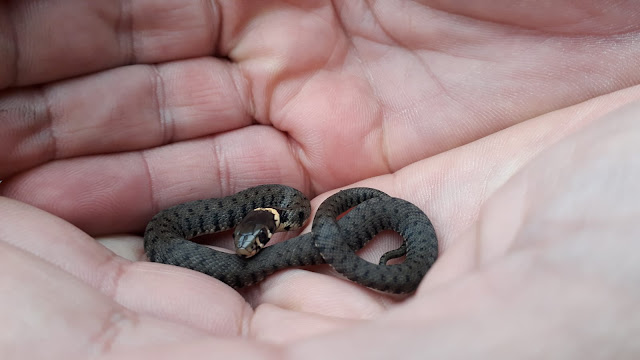 Whilst working on the river the following day, I was on the phone to Paul when he promptly hung up on me. Only slightly offended I was keen to find out the cause of the interruption as we had been expecting decent birds due to strong westerlies. It turns out that a Grey Phalarope landed at Paul's feet in a puddle, no more than three feet from him. It sat there for 30 seconds before disappearing across Huntspill Sea Wall. About five minutes later I picked up a Grey Phal inflight coming from Paul's direction, crossing Fenning Island and heading back out into Bridgwater Bay. A fitting end to a great week in the south-west. 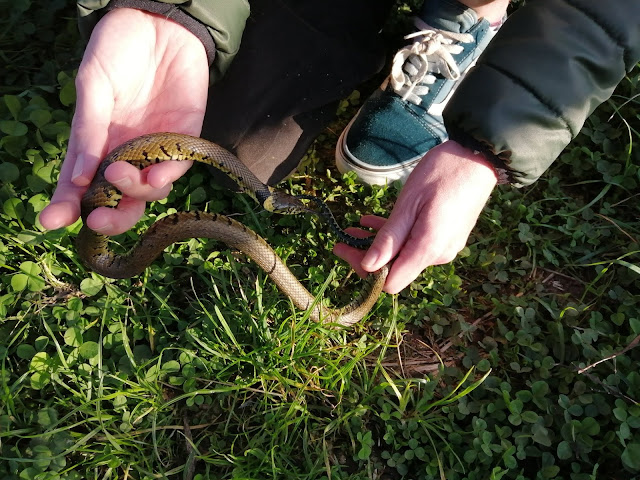 I managed to sneak a crafty seawatch in on Sunday 6th October but as I was late rising and the wind was South-east backing east in heavy rain I was no more than hopeful. Despite my tardiness I dropped into Flamborough and a full hide and a decent few hours was had. I picked up a Sooty Shearwater and got my eye in on a line of Little Gulls that were moving through. A lone Brent Goose plus a couple of groups of Eider, one of which containing an eclipse male Red-breasted Merganser moved past. A Tufted Duck was in amongst some Wigeon and small numbers of Common Scoter moved past. Single figure counts of Arctic and Great Skua along with a handful of Manx Shearwaters brightened up a soggy day and we were all grateful for the shelter of the seawatching observatory. Numbers of Kittiwakes were low and I kept an eye for juveniles, and a little burst of kitts and Little Gulls proved particularly productive as a juvenile Sabine's Gull appeared in my scope. I gave myself a few seconds to be sure before calling it. Thankfully all but one observer got on the bird (the Little Gull line was fiendish in difficult light conditions). This was the first Sabs I'd seen for a good few years when I found a couple offshore along the Yorkshire coast when self-employed. Last year Brett called one that six people got onto and one didnt. I cant complain too much, you miss the odd bird seawatching. Best to keep it at the ones you have seen before.

As morning turned to afternoon it was obvious that birds were arriving but I had the need to be elsewhere and wandered back up to the car park, pausing briefly at Bay Brambles. It was alive with wet migrants hiding in the scrub that adorns the cliffs. The first bird I saw was a Yellow-browed Warbler and two Goldcrests soon replaced that, never to be seen again. Some of the seawatchers who abandoned at a similar time to me came and checked what I'd seen. A Sparrowhawk went through and flushed three Song Thrush. No further sign of the Yellow-brow but then a Firecrest was called, a rarer bird in the autumn in Yorkshire for sure. There were a flurry of these sprites over the following week but initially I couldn't get onto this bird. Once I worked out the directions (its below the ridge in the brambles, in the darker brambles, above the hole) which made sense when you got there but less so prior to this in a sea of brambles. It popped up again and was a very bright male with an obvious orange crest. Delighted, I mistakenly thought it was my first for Flamborough but on checking my records I saw one last year along Old Fall hedge although weirdly I cant recall that at all. Dementia? From here it was all downhill as I headed for a week of being indoors only to be revived by an American wanderer. And now I'm back in the South-west and it seems to be raining American landbirds. Fingers crossed.
Posted by James at 02:00