Barmston is dead, long live Flamborough. Four years of envy of them up the road who block my migrants was enough. I had ploughed my own furrow for long enough and I actually fancied seeing some birds during patchwork challenge so this year I am having a bash at Flamborough. 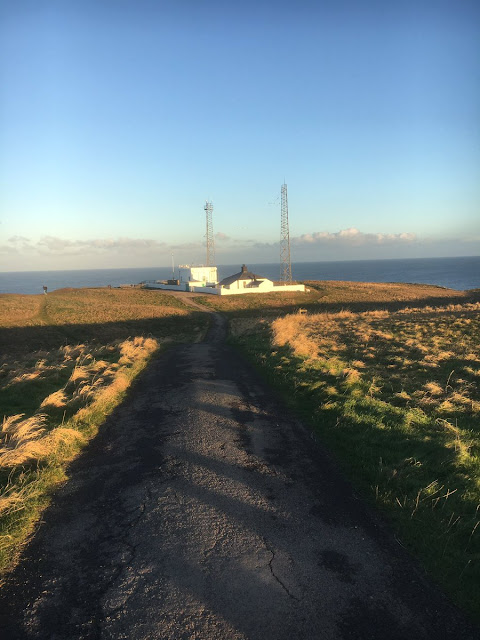 I have joined the observatory and made a fleeting visit today for a dusk seawatch. Nowt too flash as the Glaucous Gull is in care and the White-fronts had flitted back to North Marsh before I arrived. An hour from the seawatching spot below the foghorn provided a smattering of common seabirds including an orange colour-ringed Shag. A mere 19 species for 24 points. Onward!
Posted by James at 21:37