Knocked My Spots Off

With my family away enjoying the Isle of Wight I had my own timetable this weekend. Aside from ordering Black Tie, Saturday largely consisted of birding. An early morning seawatch at Ulrome wasn't particularly profitable despite plenty of birds passing. Having not visited for virtually 2 months I added Knot, Arctic Tern and Common Tern to the patch yearlist. In difficult windy conditions Sandwich Terns and Kittiwakes streamed past but not much more unusual. A couple of candidate Curlew Sandpipers escaped identification as they flew south. A wander round the patch revealed very little with no new gulls or waders although a juvenile Sanderling kept a young Dunlin company. 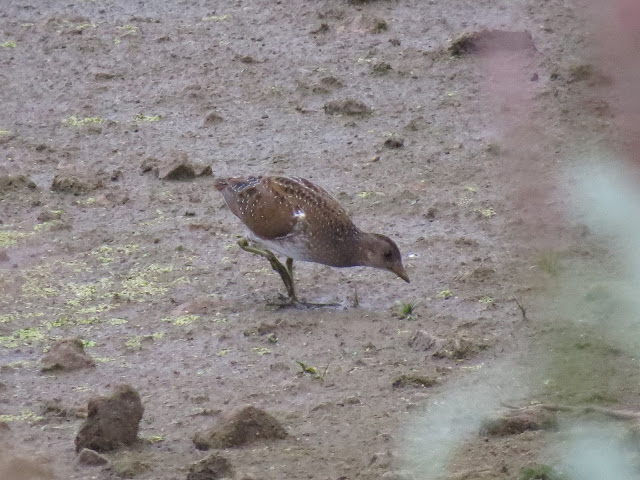 News that the North Cave Wetlands juvenile Spotted Crake was showing well on and off encouraged me to head out late afternoon in a rare twitch. This species is a proper bogey for me having missed several at Blacktoft and elsewhere. Running commentary on site by a birder who kept sighing and tutting was bloody annoying but after an hour or so I picked it coming out to forage on a barren spit. This was a tease as the geese flushed it back into hiding. A further twenty minutes later it emerged for Steve Routledge and me before flying towards us. It was within 15 yards and foraged for half an hour in the open. My photos were compromised by the emergent vegetation provding a screen but it was lovely as it feed and drank on the waters edge and saw off a Snipe whilst being bullied by Moorhens which gave a sense of scale for this diminutive denizen of the marsh. 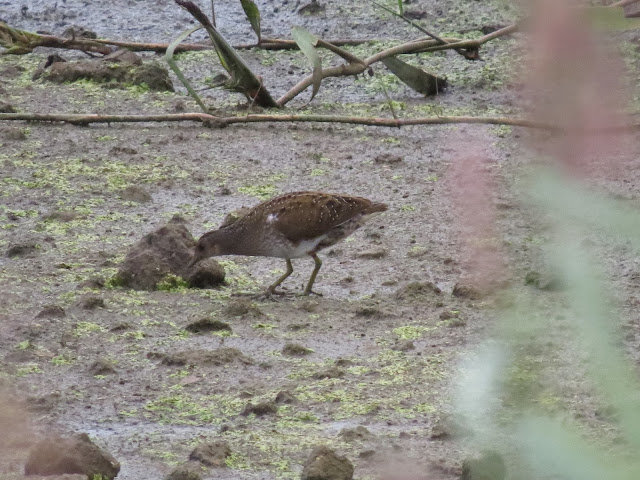