Got my wood on!

After returning from a brief trip to the States where I visited New York over easter weekend I managed a morning birding yesterday. Initially at Barmston where I added four to the PWC list with early migrants in the form of Sand Martin and a couple of Sandwich Terns offshore whilst a few Lesser Black-backed Gulls were readying for a summer of chips in Brid. A posse of Mallard flew past and I realised they hadnt graduated to my PWC list yet so they were duly notched up. Then rain set in and I drank coffee and watched the sea. A twitter message alerted me to a Wood Duck at Thornwick Pools up the road so I abandoned the patch thinking it was a good time of year for one of these to roll up on the east coast a la Baikal Teal. Having notched my first wild ones in Central Park I soon connected with this odd looking thing with plenty of tan areas where it should be black...its not getting on any lists I dont think! 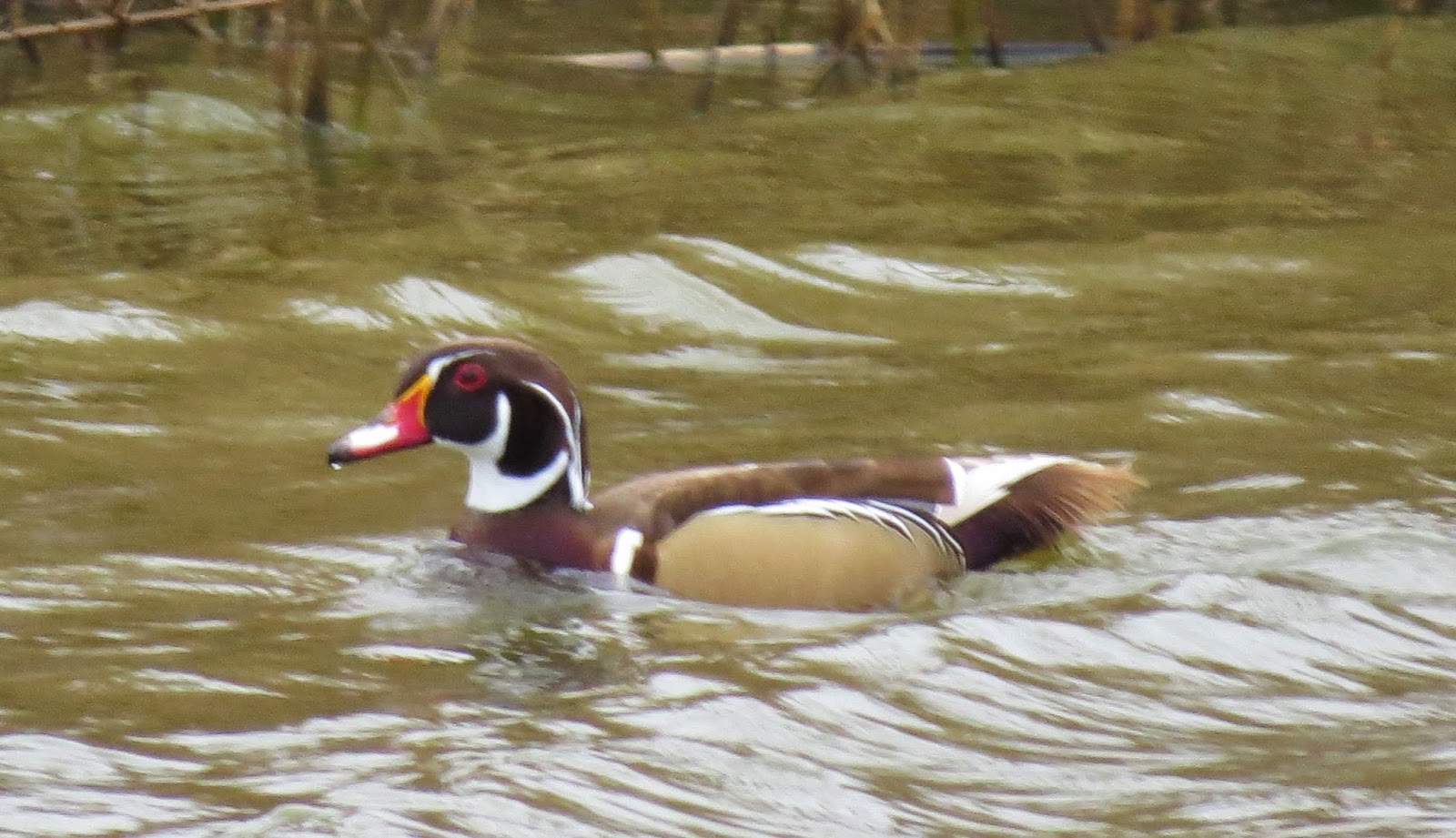 As I was leaving to go home I saw Craig Thomas shouting out of his car window "Alpine Swift north past the foghorn 2 minutes ago".

I raced to the car and met Craig in the North Landing car park a couple of minutes later and he was scanning to no avail. I decided to look west in case it had already passed and was met with a giant swift tacking into the wind and making steady progress along the cliff top. I managed to get Craig onto it and watched for maybe a minute before it disappeared beyond Thornwick Bay.
Posted by James at 16:45