So today I managed to bring 700 species up on my pan-species list with a pair of spiders around the house. One was a bolt from the blue. Well actually from the brown bin where we recycle the vegetable matter from round the garden. And the second was a couple of spiders on the garage door which I have been meaning to look at properly for ages. 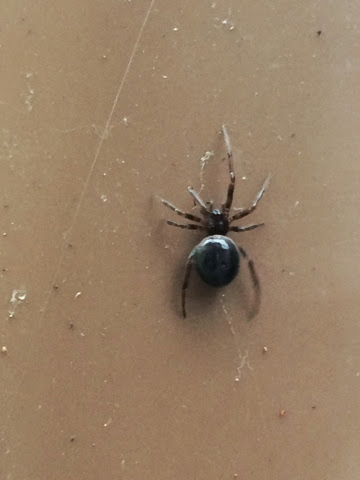 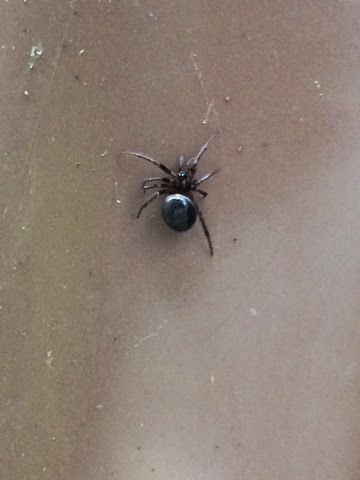 The Rabbit Hutch Spider Steatoda bipunctata was on the bin and is one of the native false widows (and not the introduced scare spider S. nobilis). A very smart spider showing the distinctive dimples on its abdomen. 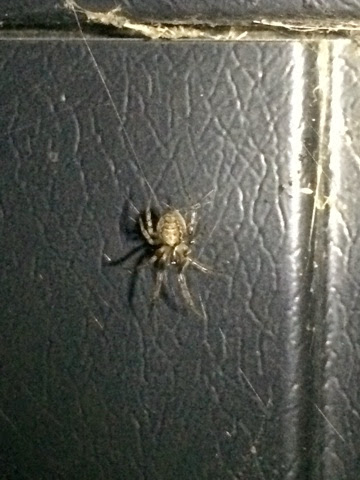 The second was the Missing Sector Spider Zygiella x-notata which came out just before dusk. ID was thanks to Africa Gomez who managed to set me right. Number 700.
Posted by James at 22:44