Bee-eaters and back to St Mary's

So I had been out on a dawn survey in the middle of nowhere. This meant I had to get up at 3.15am. I was wrapped up with work just after 11 and started the trip back to Yorkshire. Realising that breaking the journey in half would stop me sticking the car in a ditch, Yorkshire's northernmost outpost, South Gare, came to mind. I hadnt seen any updates for the day but went on-spec hoping for an Icky or such like. I certainly wasnt aware of anything from the previous day so after 10 minutes when I saw a long-thin banana shape in a tree 800m away I got a funny feeling and took a shot with the SX50... Here is the result.

The colours! The little alarm bell in my head that went off about the shape was confirmed and I legged it up the road bumping into the warden on the way up who told me three had been present the previous evening. Eventually three of them popped out, a pair and a spare with two always close and a third bird which went missing occasionally. I watched them for an hour from about 70m away and got some terrible photos and video. Bee-eater is a UK and Yorkshire tick and takes me on to 347/302 respectively. 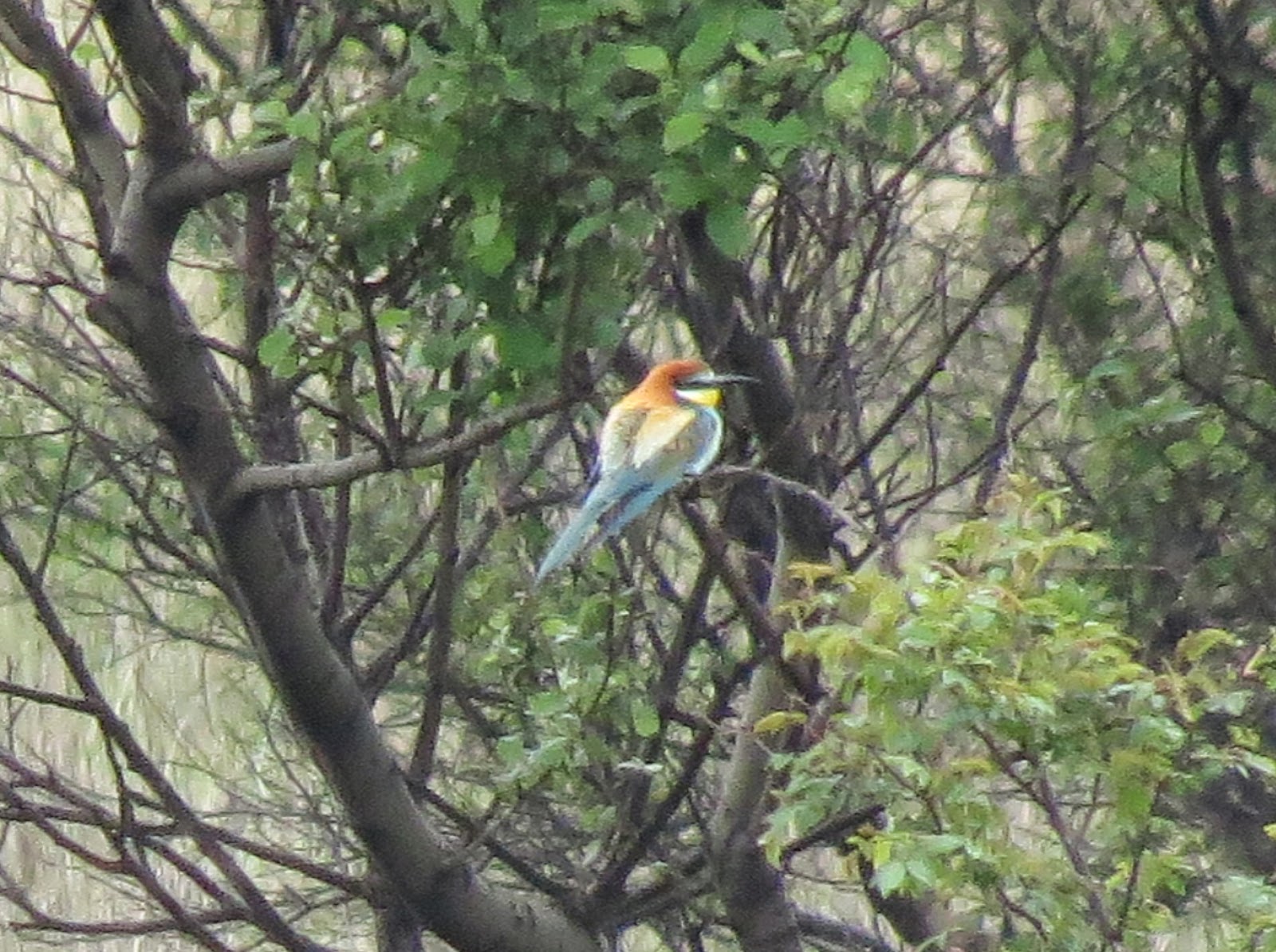 I also managed a few trips to St Mary's now that I am based back in Newcastle. Four visits on three days over the last fortnight added 50 species and 57 Patchwork Challenge points. Best bits have been a Goosander south although it had fishing tackle wrapped around its legs sadly, a singing Grasshopper Warbler and best of all a Spotted Flycatcher which was around the scrub and was twitched by a couple of locals. A juvenile Stonechat had presumably not come too far but hadnt been raised on the patch. I also bumped into Jack Bucknall and he gave me some cracking gen which will hopefully yield results. 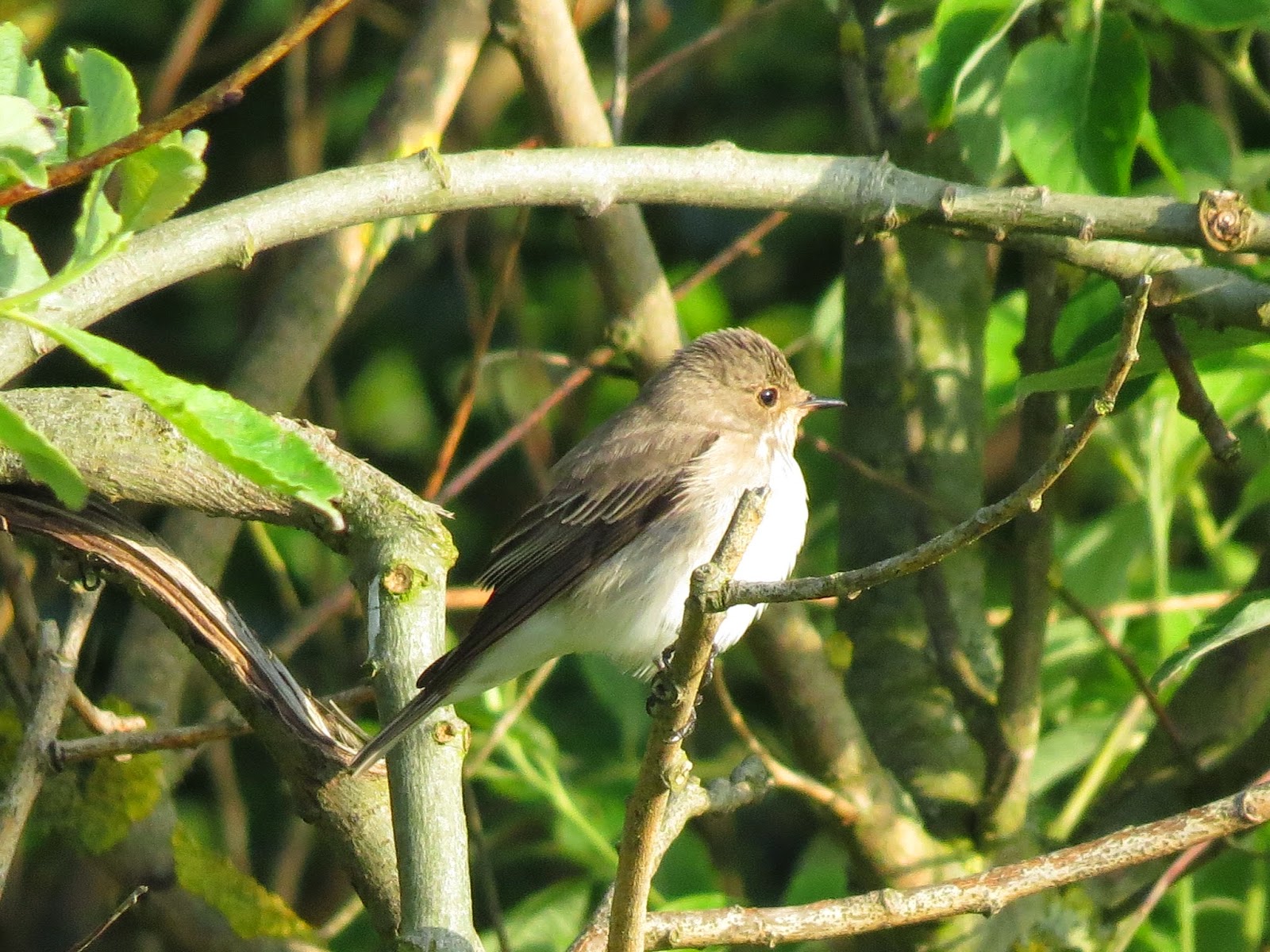 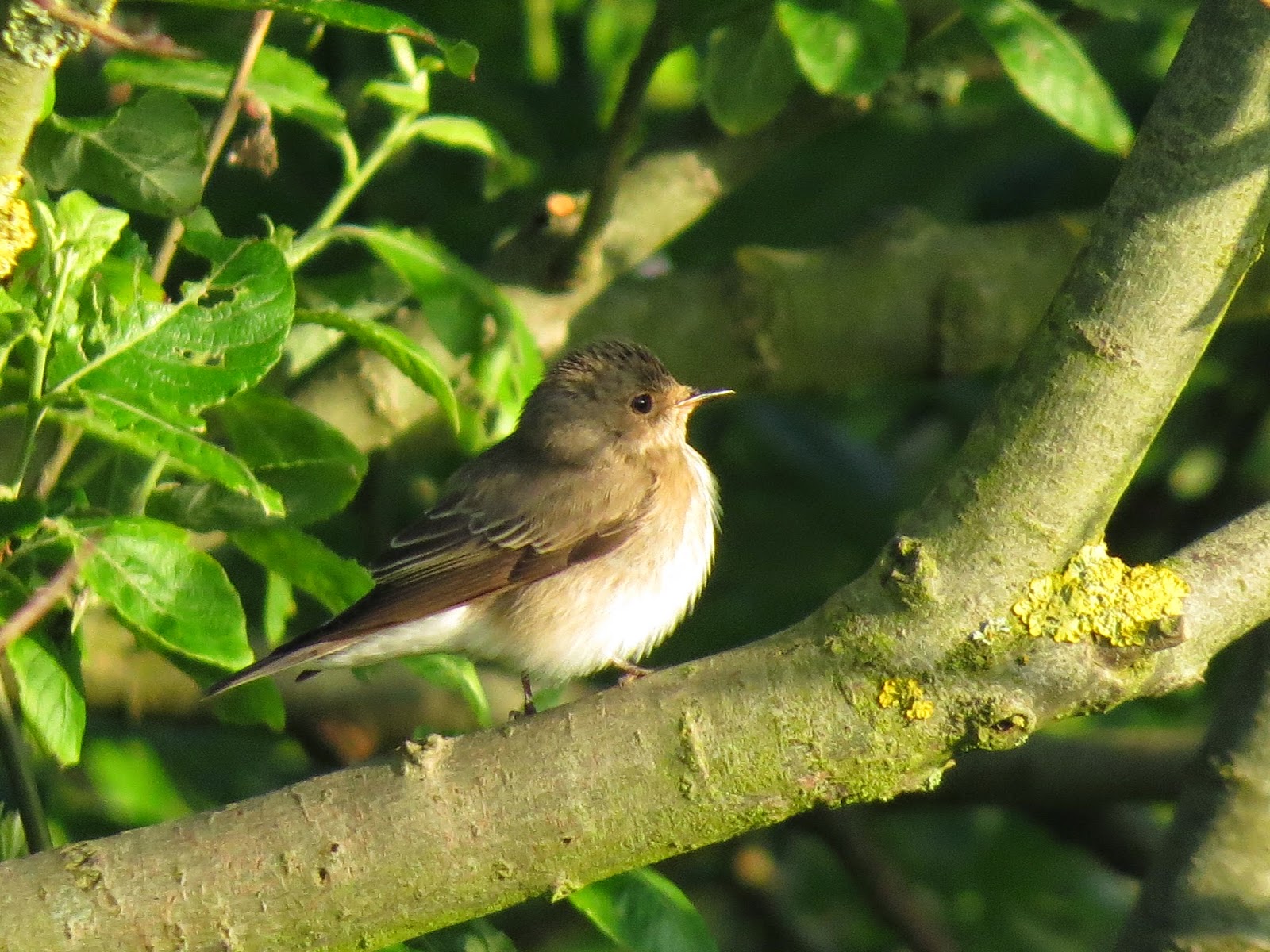