I spent much of the afternoon having a nose around Barmston. The wind was in the west and it was warm and clear. Not ideal October birding weather but I perservered. Plenty of Skylarks making their way southward and gull numbers seemingly on the increase. On the sea a small band of Common Scoters failed to reveal a velvety brethren. A smart female Stonechat was in the reedbed but it was pretty quiet. 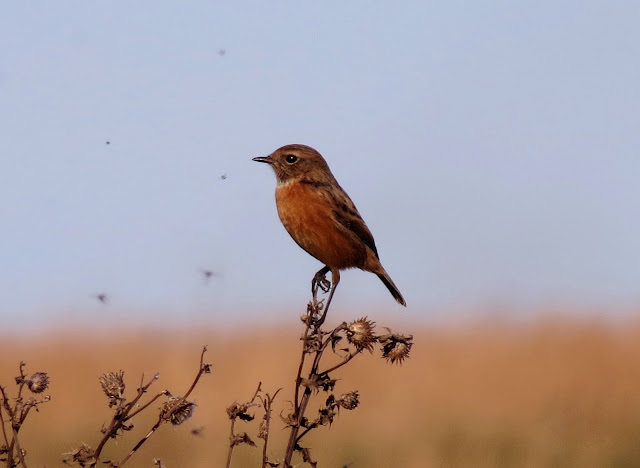 A begging call from a raptor revealed a juvenile male Peregrine dive bombing a Buzzard with another two Peregrines playing cat and mouse somewhere up in the stratosphere. Out over the bay a couple of Sparrowhawks were making headway south. It felt like a proper raptor day but sadly no new patch ticks in that department were forthcoming. Despite this I did manage a new bird for the year today with a couple of Grey Wagtails heading south amongst the larks and sprinkling of other bits.

After a while it became tricky unearthing anything new and I gave in and headed to Flamborough. My plan was to have a look at Whelkie Wynds to see if the Little Bunting was still present. No sign but then I didnt get very far as I bumped into both Martin Garner and a couple of smart Mealy Redpolls amongst a band of Lessers. We watched these for a good while and I managed a few record shots of the paler bird. 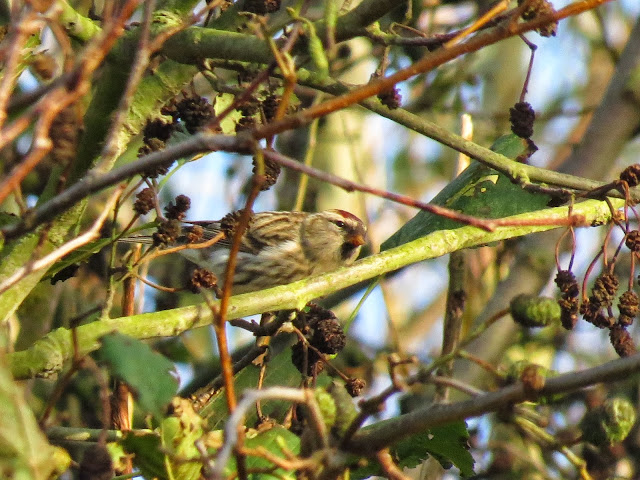 And here is Martin's effort

Certainly a bit better than mine... And why patch polygamy? Well the Mealys were on Martin's patch.
Posted by James at 21:42