Increasingly I am finding myself spending an hour or two at St Mary's staring at the sea amid grilling the waders and gulls. This is proving to be A GOOD THING. Also my colleague Pete has noted that it appears to be a productive pastime and if you can avoid the doggers, the boy racers and the tramps then it is a pretty decent way to pass the time and see decent birds. I called in on Wednesday evening and there was no movement on the sea but on Thursday it was a somewhat different story. The myriad of calidrids and larids were beyond my scope as there were an adundance of grockles but movement on the sea was evident as the first bird I saw was small black and white thing bobbing like a tern. It had a long streamer and no notable white on the carpal. It was a bleached adult Long-tailed Skua. I was naturally delighted but even more so that this bird flew south at about 50 metres out. Very decent views on what I initially expected to be a Lapwing due to the increasing plover flock. 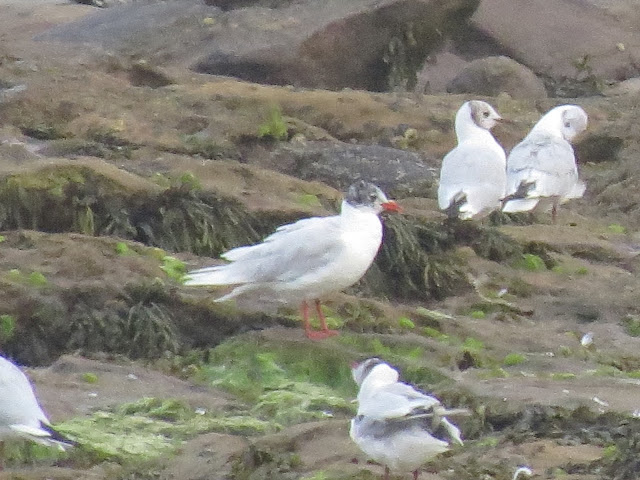 As I came off the skua I noticed this chap sitting amongst the Black-headed Gulls. It is of course an adult Mediterranean Gull which disappointingly had lost most of its hood. It was a little distant and to be honest I couldnt be bothered to render it properly hence its resemblance to a Monet.

Not long after this and the first of three flocks of Whimbrel headed south with a total of 39 birds all said. The largest of these flocks coasted and was extremely vocal. A handful of Common Scoter, Manx Shearwaters and Arctic Skuas also went south. All in all an excellent evening. Sadly rain stopped play today and I am in Scotland until thursday so whether I get out before I go on holiday to Kefalonia next Tuesday remains to be seen. 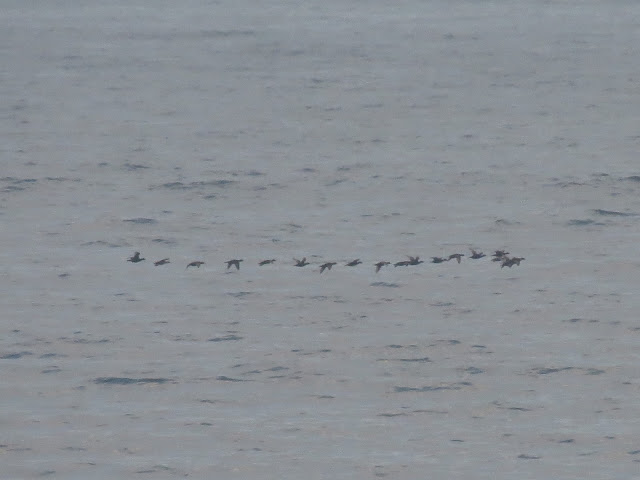 I just found your blog from a link on Phil's site (Another Bird Blog).

Looks like I have a bit of interesting reading to do to catch up on your past postings.
I like your idea of stopping by the edge of the sea in your spare time.

Our fall migration is about to begin and I'm preparing to once again become frustrated at identifying brown and gray specs in the distance!

Many thanks Wally. It really is a great place and autumn is definitely upon us so hopefully some good birds are going to pass through. I bet fall in Florida is quite something.